Raising the growth capital you need

On-going access to finance is a key issue for high-growth businesses. Those that lack financial firepower may find their growth constrained.

Others may encounter problems with cash flow during day to day operations. At the same time the funding landscape has changed drastically since the financial crisis of 2008 – and continues to evolve.

While expansion and later-stage funding in the US has increased in recent years, the National Venture Capital Association's figures show the highest growth is in early-stage funding. The emphasis on start-up funding often comes at the expense of robust financing options for larger, rapidly scaling companies, where financing options are often far more limited.

While both start-up and well established businesses find plenty of support. Companies in between often face a funding gap.

The good news for high-growth businesses is there is a growing range of alternative financing options emerging. One possibility is the secondary market, or so-called "private initial public offering". This was launched to cater for growing companies that wish to offer share privately, rather than through a full-scale IPO. The space is maturing with established exchanges such as Second Market joined more recently by new ventures such as Nasdaq's Private Market.

Another possibility is to piggy-back on the support that governments offers to investors in growth companies. Israel is home to one of the world's most thriving tech clusters, partly because its government has offered generous tax incentives to private equity and venture capital backers of tech businesses.

IPOs remain an important option for fast-growing tech companies and are becoming particularly important outside the US. The volumes and value of technology deals has risen to pre-crisis levels, as companies seek to deploy record volumes of capital reserves and access cheap debt.

While bank support may be harder to come by today, the global alternative sector is increasingly stepping into the breach. Alternative finance options for fast-growing companies range from peer to peer lending platforms to kick-starter campaigns, depending on the maturing and needs of the business raising funding. While in some jurisdictions alternative providers growth has been limited by legal restrictions such as in Canada and Australia with crowd-funding the trend is towards liberalisation of regulation. 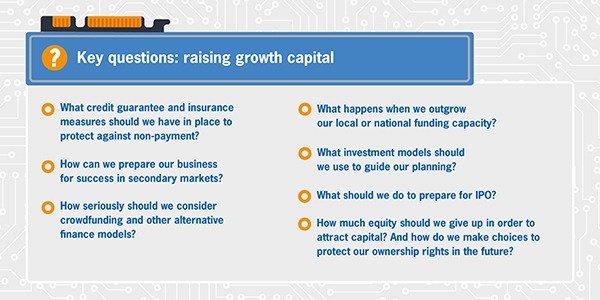 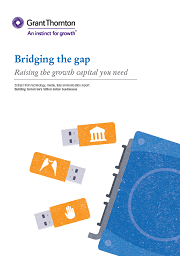