Global private equity report 2013/14: A time of challenge and opportunity

Private equity firms around the world are adapting to a 'new fundraising road map', according to the Grant Thornton Global Private Equity Report 2013/14. Now in its third year, the report is the result of 156 in-depth interviews with senior private equity practitioners around the globe.

Fundraising sentiment
While the private equity fundraising environment around the world is still seen as challenging, there has been a marked improvement in sentiment across all geographies since last year’s report, with more than half of the executives surveyed (54%) having either a positive or neutral outlook. This compares with just a quarter (27%) last year.

Martin Goddard, global service line leader, transactions, Grant Thornton International Ltd commented: "There is a brighter view of the fundraising environment across nearly all the major private equity markets in the world. The percentage of respondents describing the environment as positive is up in North America, Asia Pacific, Middle East & North Africa and even Europe."

Fund structures changing
A majority of GPs around the world (56%) predict an increase in the use of alternative fund structures over the next three years, as limited partners explore options beyond the traditional 10-year blind pool fund. The alternative structure most commonly cited by GPs is deal-by-deal, whereby investors are presented investment opportunities and can either opt in or out on a case-by-case basis.

Fundraising: longer, slower, harder
While there is more general positivity around fundraising prospects, there is also a recognition among the survey respondents that the process has become costlier and more onerous. Many report that the distinction between “fundraising” and “investor relations” had become more blurred and fundraising is seen more as a constant process of relationship building and reporting rather than a cyclical exercise. 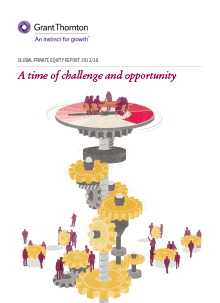